View basket “Rocamadour” has been added to your basket.

Reblochon AOC is a semi-soft, washed-rind and smear-ripened mountain cheese that originated at the heart of the massif des Aravis, in the Thônes region of Haute-Savoie in France.  It is a lightly pressed, uncooked cheese, made from full-cream unpasteurised milk.                                                                The story tells herdsmen who carried out an incomplete milking of the cows in order to reduce their ‘taxable’ production of milk. After the rent was paid to the landowners, they went back to ‘remilk’ (reblocher) the cows. The second milking of cows yielded a milk rich in fat and was used to make Reblochon. 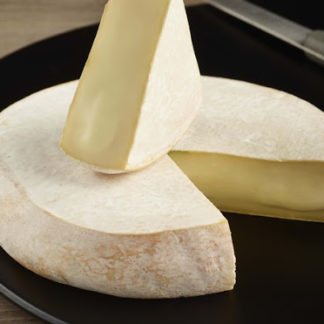 IMPORTANT INFORMATION : Due to Covid-19 outbrake, I’m sorry to let you all know the cheeseVan won’t be going round the town for a while… I’m still getting plenty cheeses send over from france. I am now taking orders and doing deliveries instead. So don’t think twice, get that order in! You Stay at home and i’ll bring you the best french cheeses! i’ll drop the order off, we don’t even need to see each other (social distancing) I hope to hear from you soon Dismiss